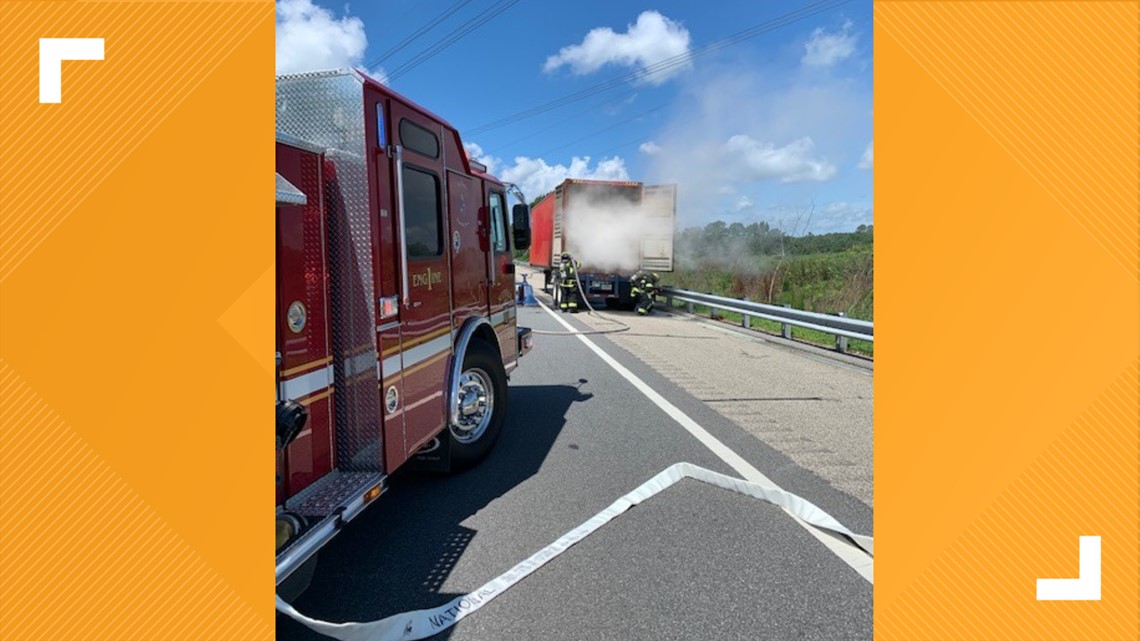 The driver was able to pull the burning truck and detach the cab from his trailer, to separate the cab from the fire. No one was hurt.

SUFFOLK, Virginia – A semi-trailer carrying computer parts and batteries caught fire in Suffolk Thursday morning as it was driving on the South West Ring Road.

The driver was able to pull the truck and detach the cab from his trailer, to separate the cab from the fire. No one was hurt.

A statement from the city said emergency crews were first called to the truck, which was near Highway 58 northbound, around 11:30 a.m.

Suffolk Fire & Rescue extinguished the fire from the trailer, but a Virginia Emergency Management officer was to stay and ensure that no hazardous material entered a nearby retention pond.

The fire department had planned to reattach the cabin to the trailer, move it to a safe location (away from the road) to sort the burnt and salvageable electronic cargo.

“These efforts are expected to take several hours and the teams will remain in place due to the steaming content,” the spokesperson said.

The Office of the Fire Marshal will investigate the cause of the fire.