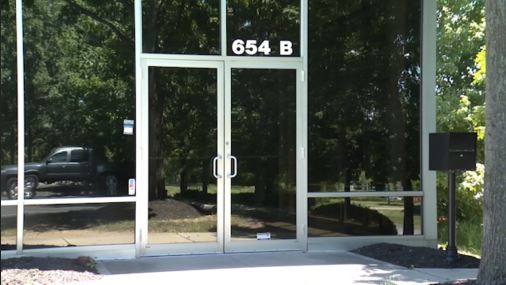 Dozens of people complain that the company failed to deliver $154,000 in computer parts

WESTERVILLE, Ohio (WCMH) – The Ohio Attorney General’s Office and Westerville Police are investigating a business after dozens of people complained they never received the computer equipment they paid for, the amount losses exceeding $154,000.

The Ohio Attorney General kept a spreadsheet, currently at 72, with $154,162.85 in losses from orders placed with OG10KTech of Westerville, a company whose owner is listed as William Taylor . People said they’ve been waiting for products costing thousands of dollars, some since 2020.

“The supplier took orders for computer parts they didn’t have, created a ‘waiting list,’ and never fulfilled the orders they took,” one person said.

Another said: “I bought $3000 worth of graphics cards from OG10K aka dba William Taylor in February last year. I did not receive my order, I contacted them several times for a refund….”

Additionally, Westerville police sent NBC4 seven police reports involving OG10KTech. Together, more than $32,000 worth of computer hardware and graphics cards would never have been delivered.

A man drove in from Michigan after paying $9,213.75 on his credit card for 10 video cards, Westerville police said. He found OG10KTech closed and went to the police station to file a report. He told police he contacted his bank to dispute the charges, but the bank said he waited too long.

Poison ivy: how to treat rashes, destroy the plant

When NBC4 traveled to OG10KTech‘s at 654 Brooksedge Blvd., Suite B, in Westerville, there was no signage on the building and the warehouse was empty: no furniture, no flooring and no computers.

NBC4 also reached out to Taylor’s attorney — Deborah McNinch at Joseph and Joseph — but did not receive a response.

Taylor, of Galena, seems to have started another business. Black Swan Gaming filed for the license on February 26. He created Black Swan Gaming through the Ohio Secretary of State. The nature of the activity is indicated as follows: “Gaming Pc Builds and E-Sports”.

Elder Abuse: How to Identify Scams and Who to Call for Help

According to Better Business Bureauwhere OG10KTech has an “F” rating, the company is owned by William D. Taylor, Sr., and is also owned by WTSR Marketing and William D. Tayor Sr. Inc.

“An ‘F’ rating is a very small percentage of businesses that are listed on BBB.org online profiles,” said Judy Dollison, president of BBB of Central Ohio. “This is definitely a company that you want to consider very seriously whether or not you should do business with them. They’ve had enough complaints. Complaints usually go unanswered – or there’s a pattern of complaints that would give you lots of suspicion that they might not be the best company to work with.

Dollison said 37% of scams come from online businesses. Look for the business name with “scam” or “complaint” in the search terms, and check out BBB.org which maintains national ratings and ratings.

On the OG10KTech website, customers can log in, according to a man expecting more than $400, Nathan Petty, who told NBC4 that it’s typical for the OG10KTech site to go up and be taken down.

Customers face this messagewhich incorporates the audio of a warning siren that ends with the sound of crickets:

If you believe you have been affected by OG10KTech, Black Swan Gaming, WTSR Marketing, or William D. Tayor Sr. Inc, visit the Attorney General’s Consumer Protection website: OhioProtects.org or file a complaint.